So much has happened here the last couple weeks…it’s a little overwhelming trying to remember everything!

A couple weeks ago we had the chaos of the wildfires burning here in Ventura County. My very first experience with them and I’ll admit, it was a little scary! One fire came within a mile from the college/zoo so we were all prepared to evacuate the animals from the zoo. Luckily, it didn’t come to that. Another fire was over not too far from my neighborhood and we were right on the border of evacuations. I had stuff packed up just in case but thankfully once again, we didn’t have to evacuate. 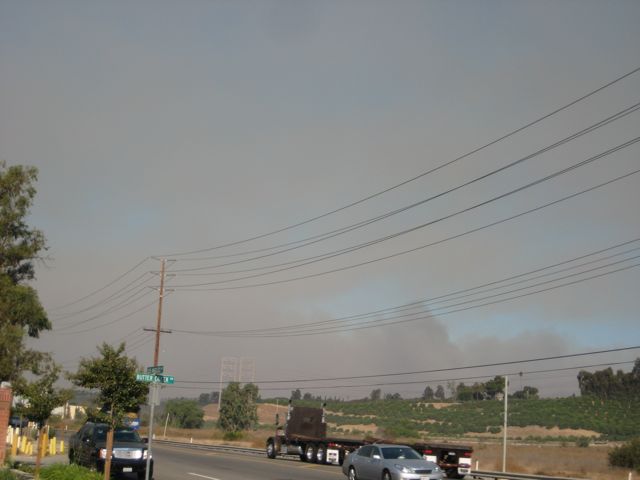 Right in the middle of the fire situation, I came down with a bad cold and was really sick for days. I still went to school and did my regular zoo duties but each minute I had off, I was sleeping. It paid off though and I was all better in a week which is fast for me! I usually get sick for weeks and weeks!

School is going good and I cannot believe it’s half way through the semester already! Excitement is coming up for all of us first years as the second year class is going away on field trips for a week coming up mid October so we all get to be caretakers on the animals while they’re away! This means getting to feed them and getting closer to them than we normally do! I’m going to be in the Primates area and I’ll be caretaking on the 3 Spider Monkey’s and a Gibbon. : )

We also just got our “Handler” status at the zoo which means we can take out certain animals now – any of the reptiles, the rabbit, the chinchilla, the opossom, the emu…  it might not sound like much, but its a big deal to us – when we haven’t been able to touch any of the animals and now we can finally touch at least some of them – this makes us very happy! haha

with Sally the Snapping Turtle 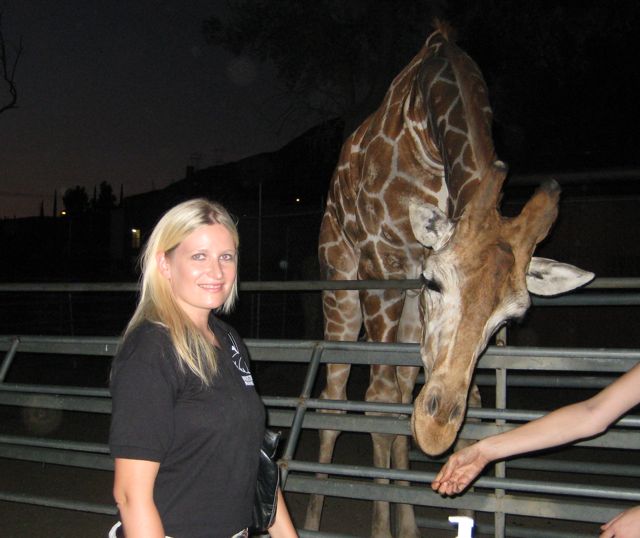 On the home front, the pets are doing great. We have added a new baby to the mix – another little rat. I thought Bella needed a friend so I got a little dark colored rattie from one of my classmates whose rat had babies. Her name is Pip and she is the sweetest little thing. The rats both actually adore Fro so much – its pretty stinkin’ cute! They climb on him and try to snuggle up underneath his chin, and he’s really good with them. I think he’s just happy to have their attention. 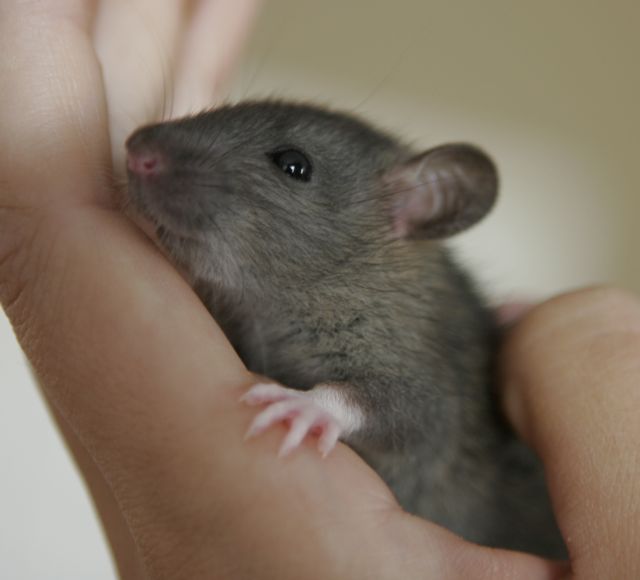 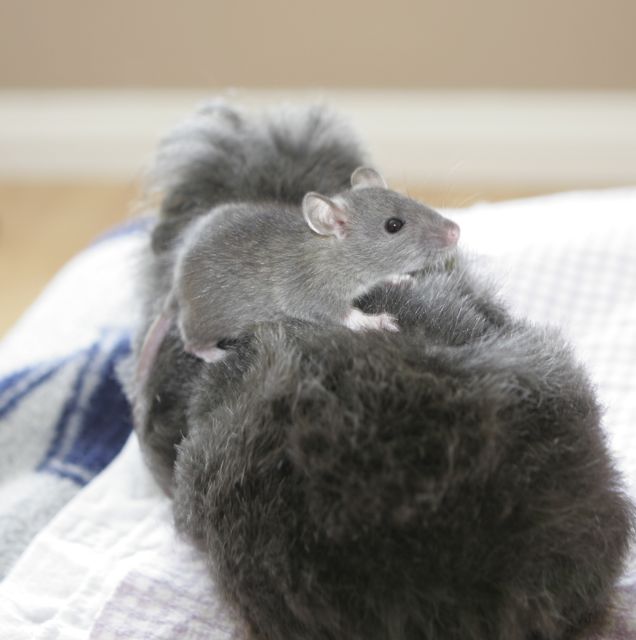 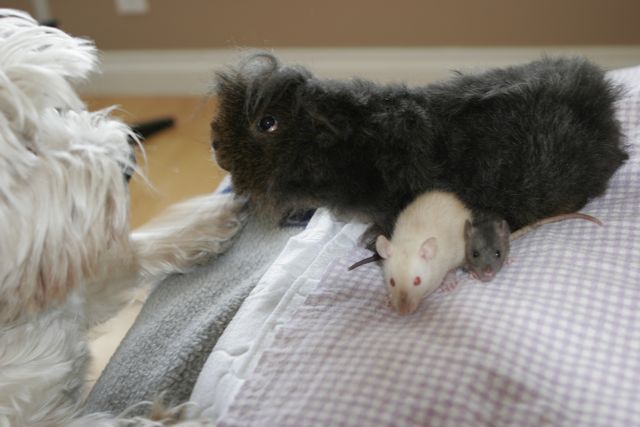 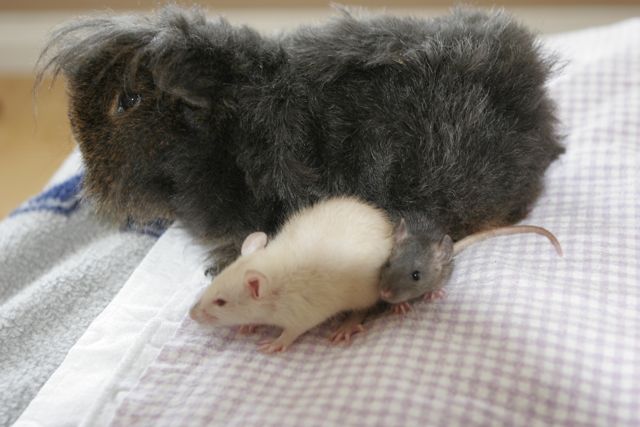 I got this cute picture of Zoey a few days ago – I found her in bed like this with her 2 favorite stuffies all tucked in under her chin and arm. : )

Besides school, zoo duties and studying (I’ve never had so much homework and studying before in my LIFE), that’s pretty much all I do. I did make it out on the weekend to go to Knotts Scary Farm with a group of friends from school. (Knotts Berry Farm gets transformed into a haunted park). It was fun – there were some scary mazes, and yeah I did scream quite a bit. My throat was sore the next day because of it! 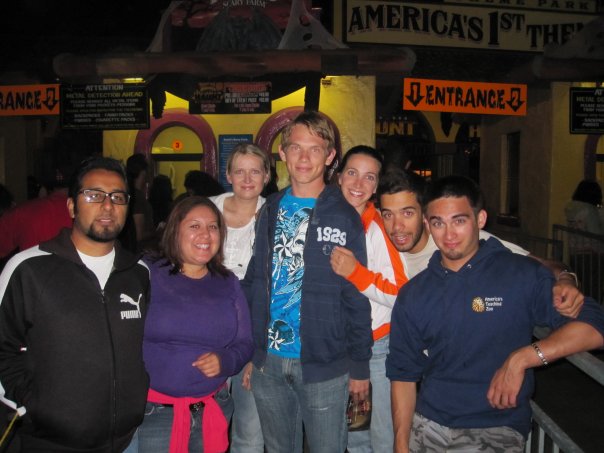 Part of our EATM group at Knotts : )