I have eaten way way too much candy this weekend! This is why I do not go and buy Halloween candy until Halloween day, cause otherwise I will eat it all before the trick or treaters come to the door. Even buying it only hours before they came I still managed to eat quite a bit! lol

It was another busy week, and I cannot believe it is now NOVEMBER!!!!

Here’s a recap of this past week:

Tuesday I had to do a demonstration speech in my Public Speaking class so I demonstrated how to make a mini book (of course!). I showed everyone how to make a maze book and I did the entire thing in 4 minutes. A record for me I think. I spent hours on the previous weekend making 18 little maze books, so that I could give one out to all my classmates as I was doing the demonstration. I made little tags using some ink blending techniques that Tim Holtz taught us at Ranger U, and I put everyone’s name on a tag and their first initial on their mini book.

Thursday night Jodi and Dasha came over for dinner and to help us carve all the pumpkins. It was Jodi’s birthday – poor girl having to carve pumpkins on her birthday! lol! After we ate dinner and had yummy cake, we set to work in our kitchen, which we transformed to a pumpkin carving factory, for the evening.

Brent and Jodi spent forever carving their intricate designs on their punmpkins, and Brent also showed Dasha how to do it. Those are the ones where you have to poke the image onto the pumpkin with a tiny poking tool, then cut it out with a narrow little saw. I just don’t have the patience for doing that. I like cleaning the pumpkins out and that’s really it. Actually the whole thrill of the pumpkin thing for me is picking them out in the pumpkin patch. I really don’t like actually carving them at all.  Since we had 6 big pumpkins between all of us, I was told that I needed to carve one too. So I ended up carving 2 of them, each in less than a minute. Simple designs but that’s ok. I call them my 30 second pumpkins! 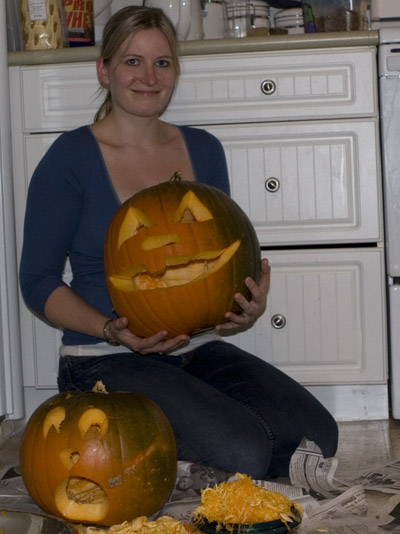 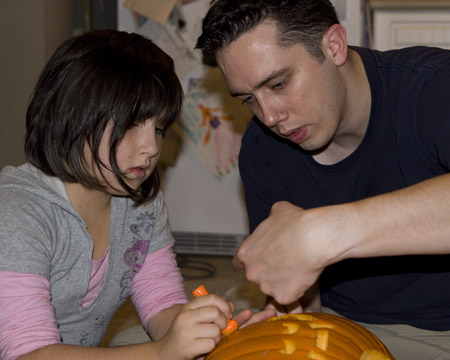 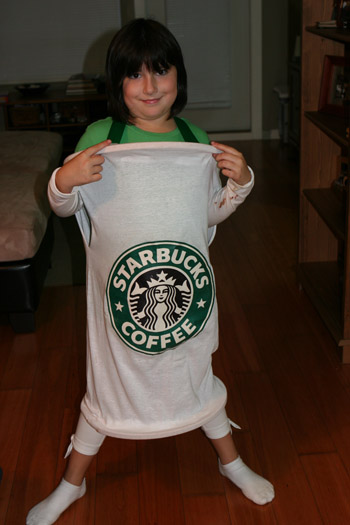 Our friends Tim & Alicia arrived from Victoria after dinner to stay with us for the weekend. We all just wanted to hang out and take it easy for the evening but somehow the conversation got onto the new Guitar Hero World Tour for the Wii that just got released. It’s supposedly sold out here everywhere but I ended up getting on the phone and calling every Walmart in the city as well as Best Buy and Toys R Us, and everywhere was sold out. As a last resort I called the closest Target to us (in Washington) and they had one left. The guy put it on hold for me, so I got off the phone and told Brent I found one – at Target across the border, lol. I didn’t think he’d actually go, but after discussing it with Tim for a whole minute, they both jumped up and bolted out the door. It was already 9:00pm and Target closed at 10, plus they still had to drive to the border, and get through the border. They made it through though, after the border guard got a good chuckle at the two guys rushing across the border to buy Guitar Hero. They made it to Target a few minutes before it closed, and returned home at 10:30…with Guitar Hero of course. 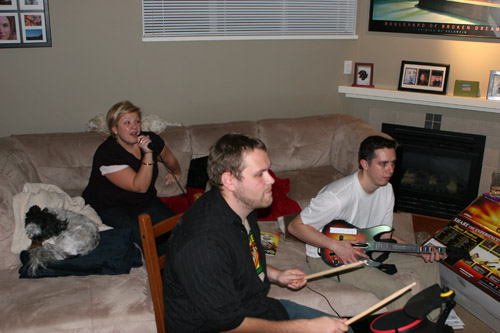 I have to say it is pretty cool, very similar to Rock Band that we played once before but this one has better songs. It also has a better drum set and the guitar is wireless. The guys had it all hooked up in about 5 minutes then we all played it until 2am!!!!! I haven’t stayed up that late in…..I don’t even know….it’s been a LONG time.

Saturday night we had a couple more friends over for a little party. We played cranium, scattegories and of course, more Guitar Hero. 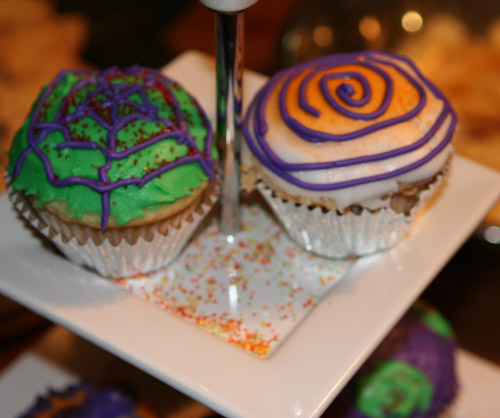 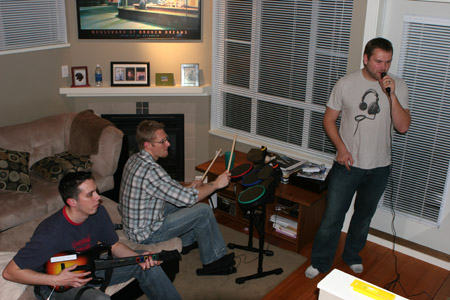