I do miss scrapbooking a lot but I’m going to throw myself back in for a bit as I’m going to have a couple mini books featured in an upcoming memory makers book! I need to get them done in the next few months. I also went to CHA in Anaheim last week and did a demo at the F & W booth, it was fun to be in that atmosphere again. One of the things I miss most about it is teaching classes and interacting with everyone.

I haven’t been the best blogger these last few months and there is some stuff I left out mentioning as I wasn’t ready to share certain things.

My relationship with Brent has ended but I will always be grateful to him for the good times and the support he showed me when I wrote my book and also for encouraging me to follow my heart here.

My sweet little guinea pig, Fro, who made the long journey here with me, passed away of old age a couple weeks ago. I miss him, he was definitely one of a kind. A few weeks before he died I got him a little friend to keep him company, I knew his time was coming to an end but I didn’t realize it was going to happen so fast. This new cutie is named Clementine and she and Fro became fast friends, they snuggled in the pigloo  together and I know she misses him now as well.

Angus and Zoey are doing well, they are so happy here just like I am. I don’t know what I’d do without my little furry sidekicks. They have a great backyard to play in and Zoey actually plays now which is something she rarely did before. It warms my heart to see them this happy.

Now on a sad note, I miss my cats Gracie and Oscar so much. They are back in Canada with Brent but I miss them everyday : ( 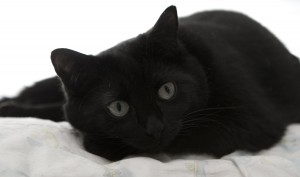 Several of my close friends back home have just had or are soon having babies, including my best friend who had twins almost 3 months ago. It makes me so sad that I’m not there to see her babies and help her out with them, and even worse: I can’t go home until July and then it will only be for a week.
I have been quite homesick these past few months, of course I miss my family and friends a ton. There are some other little things that I miss about Canada too, the beautiful BC scenery for one, living so close to the ocean, and definitely the medical system!!! I’ve just gotten my medical bills for when I was sick in December and had to go to both Urgent Care and the Hospital – and even with my student insurance, I still have to pay some of it. Medical bills are new to me! I also miss certain stores like London Drugs, Save on Foods, Dollar stores (there are some here but not nearly as many as in Canada and the stuff isn’t as good either), A & W, my old local Sushi place, oh and I can’t find perogies or pizza pops here anywhere!!! Weird eh? (lol, I just had to throw that little Canadian tidbit in there, but really when I speak, I do not ever use the word “eh”. no really.)

Apparently I still have my “Canadian accent” and I say (according to my American friends here) “house”, “out”, “about”, and “couch” funny. *sigh* (oh yeah and they are called “grades” not “marks” and Pasta is pronounced “Paw-sta” not “Paa-sta”….)

I’ve also noticed that Pet Stores are way better back in Canada too, more variety, and cheaper prices believe it or not. I thought it would have been the other way around. A really sad thing too about businesses here is that so many have closed up. There are vacant buildings everywhere, stores going out of business… the economy sucks and it shows.

The best things I’m totally loving (food wise) is this place called Fresh and Easy – it’s a grocery store and it’s great! Cheese here is way way cheaper then in Canada and there are way more varieties too (and lots of low fat ones too – yay!). I am so addicted to both frozen yogurt (there are so many self serve places around here with like a million different toppings you can put on) and Shave Ice. If you’ve been to Hawaii, then you’ve probably tasted the best snow cones on Earth called Shave Ice. In fact, they are so good, they don’t even come close to a snow cone in comparison. I was ecstatic when I heard there was a place locally here that is just all Shave Ice and they claimed to be as good as the ones in Hawaii. WRONG. They are so much BETTER than the ones in Hawaii (and I tried a lot of shave ice when I was in Hawaii a few years ago). They have a huge variety of flavors, plus sugar free flavors and they will mix them all up or you can have ice cream added to them. YUM. Best stuff ever. Oh and Fuddruckers is right across the street… oh my goodness the Ostrich burgers are to die for….

Despite missing my family and friends like crazy, I’m loving it here. I don’t think I’ve ever been this happy.

Zoo life is still great, busy but great. I love it, this is what I was meant to do. Lots of sad stuff the past few months though, we’ve lost so many animals due to either illness or old age. Our goat, 4 sheep, bobcat, oppossum, sea lion, sugar glider, wolf, 2 parrots, raccoon, and then our camel and 3 pigs have gone back to their owners. So sad walking by all the empty enclosures every day. But there’s a light at the end of the tunnel, we will be getting some new animals, hopefully soon.
It’s been raining here lately and I have to admit (even being used to it from living in Vancouver for a few years) it downright SUCKS having to work outside in it.
Wet, cold, shoveling animal poop around, hauling wheel barrows full of stuff, slipping and sliding in mud, all kinds of nastiness (like sticking my finger into monkey poop this morning by accident!). Not fun at all. Then being cold and usually wet for the remainder of the day. bleh. However I still love it here.

Being from Canada, you’d think I would be accustomed to colder weather (even though I am from the milder west coast), however, oddly enough I don’t seem to be. As soon as the temperature dips below 50 degrees here (10-12 celcius), I show up at the zoo wearing at least one t-shirt (often with a long sleeved shirt underneath, my hoodie and my big winter/rain coat all zipped up. And I’m usually still cold. I know, I am a disgrace to Canadians. lol
Everyone is always saying to me “how can you be COLD? you’re from CANADA!!!”

There is another reason for my happiness lately, his name is Steve.
All I’m going to say right now is that we were really good friends for quite awhile, he’s in my class and I haven’t laughed this often or smiled this much in a long time 🙂 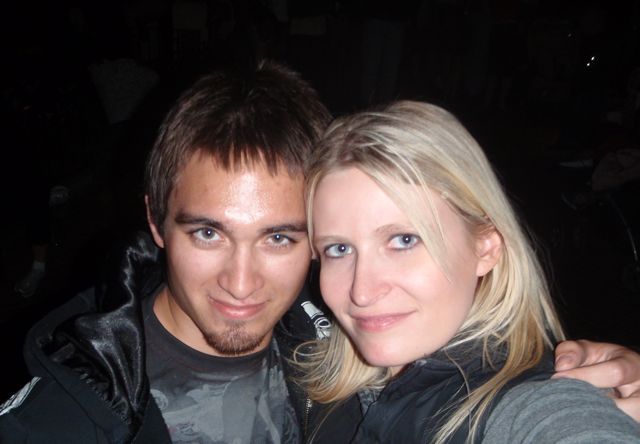 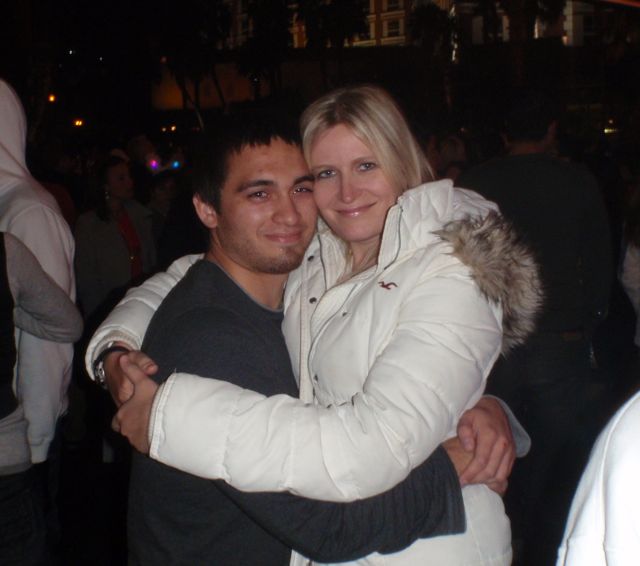 So yeah there have been some sad endings recently, but here’s to the sweet beginnings : )