…around this house! Seems like there is always something!

Last night my friend June came over for a visit, she is also a scrapbooker and is really into mini books as well. She brought her latest creations and we devoured ourselves in each others mini albums for the first little while, that was fun. Then we sat down to have tea, and I noticed Fro (the guinea pig) also had a visitor. Oscar was siting right in Fro’s cage with him! 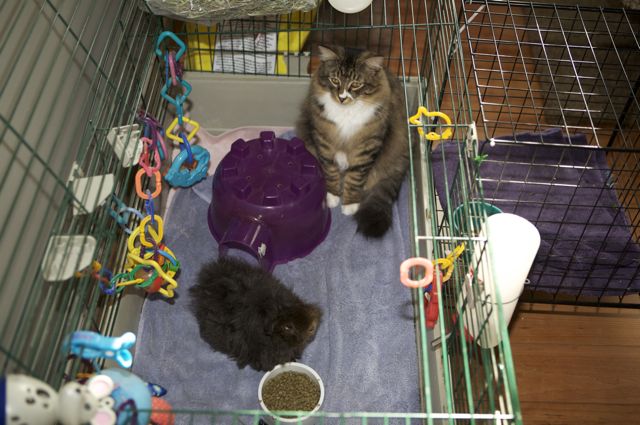 Fro really could have cared less that Oscar was in his cage. In fact when he went over to say hi, Oscar got scared and jumped ontop of Fro’s igloo. (he really is a scaredy cat!). 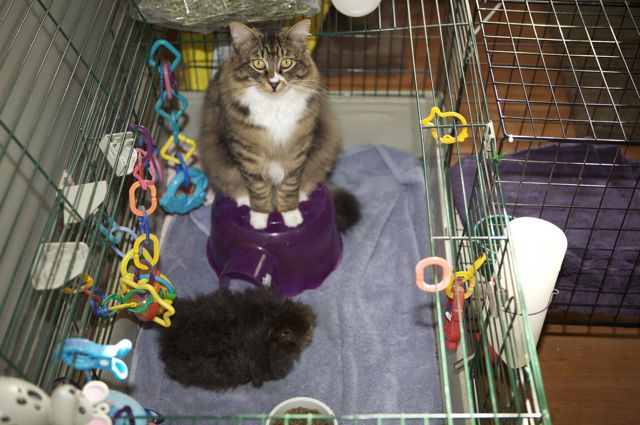 Oscar then jumped right out of his cage after I took this pic. So back we go to chatting and having some tea, I bite into a cracker and one of my molars falls out. OMG. I was more than a little freaked out. Turns out it was a crown, my only one, that covered a tooth I had a root canal on when I was 18. I couldn’t help thinking how lucky I was that it happened now and not in a mere few weeks when I will be in the states with NO dental coverage!

Right before I headed to bed later I noticed Oscar was back in Fro’s cage, this time he was sound asleep in Fro’s loft (the extra cube on the side of his cage). too funny! 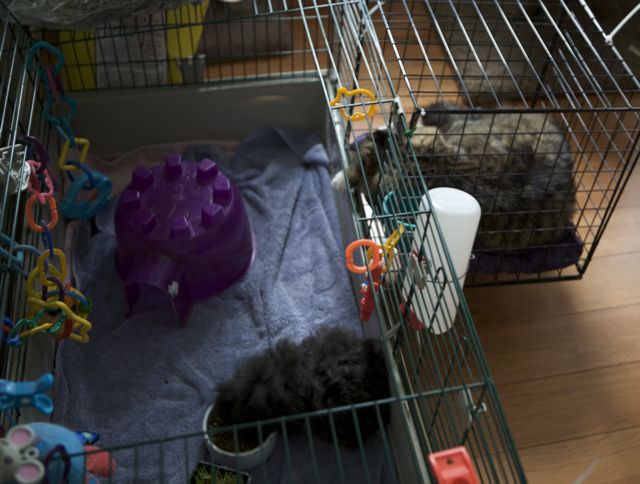 and yes, that’s Fro eating yet again. It’s really all he does.

Onto today, I got up early and called my dentist the second they opened. They are awesome and were able to get me in right away. A quick 10 minutes and it was all fixed. Came home and found my entire blog had been erased somehow. Major STRESS! There was something wrong with the entire server. Brent spent all day working on it and he was able to save everything and get everything back up. We still have no idea what happened but somehow files got corrupted. While this was going on, Brent’s computer packed it in. Completely. He spent about 2 hours taking the whole thing apart and putting it back together but the harddrive just would not boot up. It’s dead. Lovely. First mine went last month and now his. What a great day it was….. ugh

Well it’s late and almost Saturday – yay! Here’s hoping the weekend will be much better! : )

one last pic: Oscar enjoying the new cat post we bought them yesterday. Both cats always want to be on the top shelf and they have been quarreling all day today over it! Hissing and swatting too which they don’t normally do! 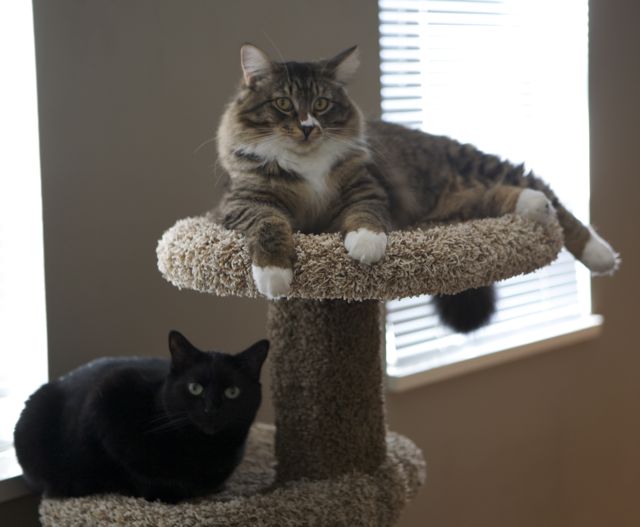