It’s nice to be home, although things are still super busy around here. I had a great trip to Cincinnati and Indianapolis. 2 of my favorite new discoveries from my trip were sugar free banana popsicles from Kroeger (oh.my.goodness. these were so good!!) and a salad place called “When Eddie Met Salad” that my sister took me to in Indy. I am addicted to a certain salad I had there – and I am not normally a salad person. My flight home was one of the best flights I’ve been on in a long time. The plane was practically brand new and I was in the emergency exit row so I had a ton of leg room. Plus each seat had their own TV!!! There was about 20 different movies to choose from and a variety of TV shows and sitcoms. I watched Juno and part of PS I Love You. Juno was really good, PS I Love You was sad. I was actually starting to get teary watching it, and I rarely tear up when watching movies. For some reason our row kept having TV problems and twice they went out on us. We had to wait for them to go reset them and the first time it took them almost an hour.

Anyway, I got home to Vancouver in the late afternoon, Brent picked me up, literally dropped me and my luggage off at home, then he had to rush off to work. (Overnight shift – Paramedic). Gracie (the cat) did not leave me alone the entire evening, she was probably wondering why the dogs didn’t come home with me. I spent the entire evening unpacking, doing laundry, and repacking. We had to leave first thing in the morning (as soon as Brent got home from work) to head for the ferry to go to Victoria. I ended up staying up until 2am – cleaning mostly. I hate going away and leaving any sort of mess in the house. Then I had one of those awful restless nights where I know I have to get up early and I’m worried about sleeping through my alarm. So I end up waking up each hour to check the time. After doing that a few times, I decided just to get up around 6. We did make it to the ferry on time, and arrived at my parents house a few hours later. I was so excited to see Angus and Zoey!! They were excited too but I think I was more excited! 2 weeks is the longest I have ever gone without them. They just love being with my parents & their pets so I know they had a great time there. We stayed in Victoria for 5 days, mostly doing lots of family stuff with both our families. I went to Scrapbook Parade while I was in Victoria to meet the owner Carol. I’m going to be teaching some classes there next month on National Scrapbooking Day, I’m really excited as Scrapbook Parade was the very first scrapbook store I EVER went into! This was the place that started my love for “scrapbook supply collecting” 🙂 Carol has done a fantastic job on the store, she’s owned it a year now and she’s changed it all around – it looks better then ever!

I went with my mum one evening to spend a few hours with my grandma. She is in a care home but my mum and uncle take turns everyday to go and help look after her. My grandma has dementia so she doesn’t always remember stuff or people. So far she has remembered me when I go but it had been several weeks since I last saw her. She did remember me, which made me very happy. I feel so lucky to have gotten to see her again. A couple months ago she was very ill and we thought she was going to pass away within days. She amazed everyone by pulling through and getting better. She is still not doing great, but its like we have her on borrowed time now.

We got home a few days ago and I went right out to Precious Memories to see their new store. They just moved into a huge location – wow – it looks amazing in there!!! I can’t wait to teach there in a couple weeks!

The dogs were very scruffy looking as I’ve been waiting for the weather to get better before giving them their Spring haircuts. Well, I couldn’t wait any longer, so they now look like different dogs! Angus looks like a puppy again 🙂

We took the dogs to a dog park in North Vancouver yesterday – it was right on a beach and beautiful! There were so many dogs there it was insane – but Angus and Zoey had a great time. Then we stopped at Starbucks & Whole Foods on the way home and I had a great time! lol

I am currently working on some new mini books for some upcoming classes at Precious Memories so I will upload some photos of those soon.

Zoey before her hair cut 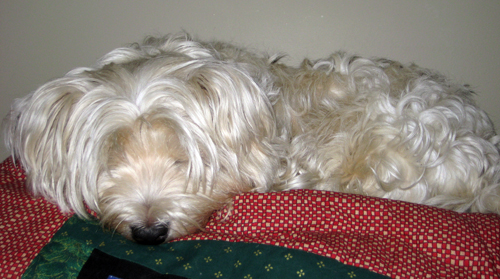 Angus the mop (before his hair cut)

Zoey after her hair cut 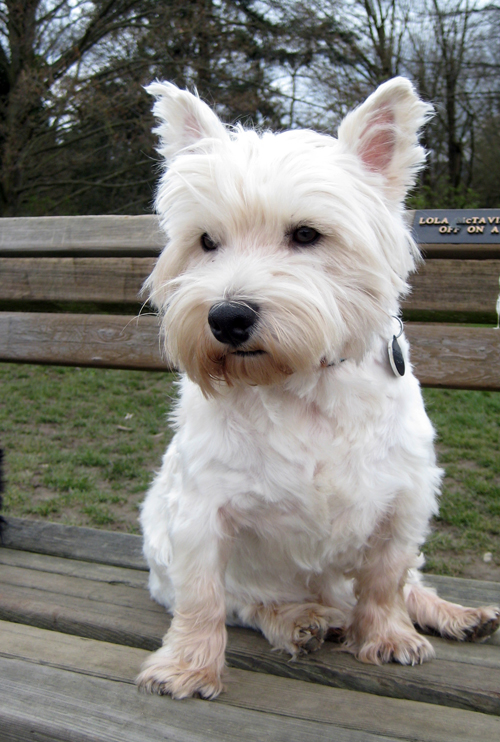 Angus with his new do! 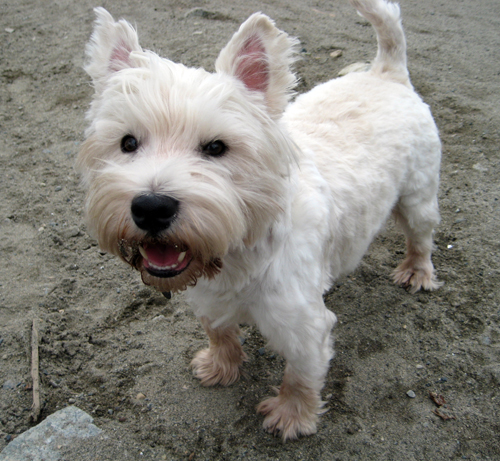 At the dog park 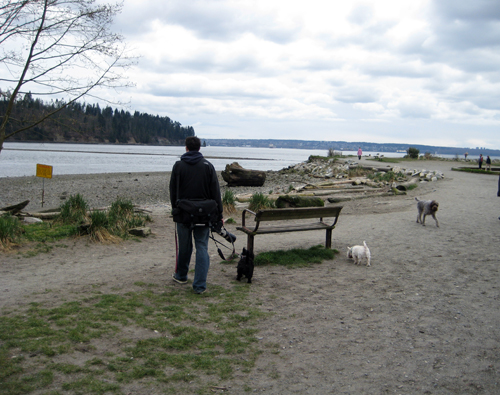 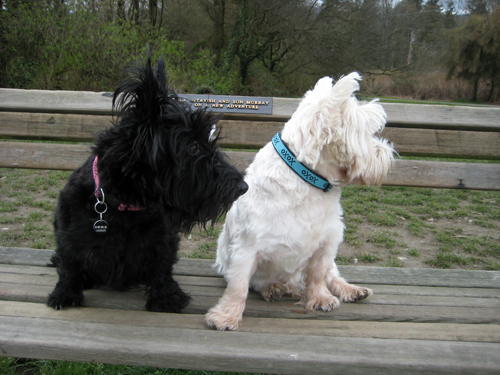 Whatever you do, do NOT look at the camera! lol