First of all, yes, I admit I am one of those crazy people who dresses their dogs up in costumes. Well what can I say, my dogs are my kids and they just look so darn cute. I actually hadn’t planned on dressing them up this year, but a few days ago during a quick trip to the mall with my friend Jodi and her daughter, I saw these adorable costumes in a children’s clothing store. They only had 2 left, one was a turtle and one was a skunk. Toddler sized and they were marked way down since it was so close to Halloween. I just could not help myself. I originally didn’t even think about using them as costumes for the dogs, I was thinking they were too cute to resist and I do want to have *human* kids one day. I suppose I have been bitten by the baby bug lately. I am going to be 30 next month, I still can’t believe it, so of course babies periodically get on my mind. (Mum, if you’re reading this, don’t get too excited just yet). But when I got them home and saw that they were perfect size for Angus and Zoey, I just had to try them on them. ADORABLE!!!! So they instantly became dog costumes.

So Halloween came and at 3:30 this afternoon we realized we hadn’t carved the pumpkins yet. I cleaned them all out and Brent carved the designs. Angus and Gracie (the cat) were so interested in this little pumpkin production line we had set up on the kitchen floor, that they didn’t leave our sides. Gracie tried to climb into the biggest pumpkin at one point – where at first we tried telling her “no” but then we thought ‘Perfect photo op – a BLACK cat in a pumpkin!’ so for the next few minutes we tried to convince her to go back in the pumpkin while we both had our cameras ready. No luck.

So this year I have seen white pumpkins all over the place, called Ghost Pumpkins. We found them at the market at the pumpkin patch when we went so we got one. Apparently white is the new orange, these are supposed to be the new “trendy” pumpkins. They look cool,  but I still like the orange ones.

Anyway we did go walking around the neighborhood for a bit with Jodi and her daughter Dasha while Dasha trick or treated – and yes, we took the dogs IN their costumes!!! Lol. They were not too impressed so we took the costumes off them after about 10 minutes. They did draw attention though and made a lot of people laugh (poor dogs). The funniest thing was that we came across another dressed up pooch and he was a skunk too!!! Hilarious 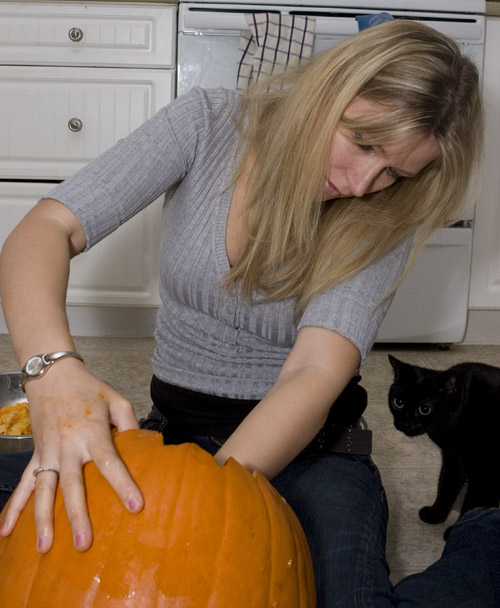 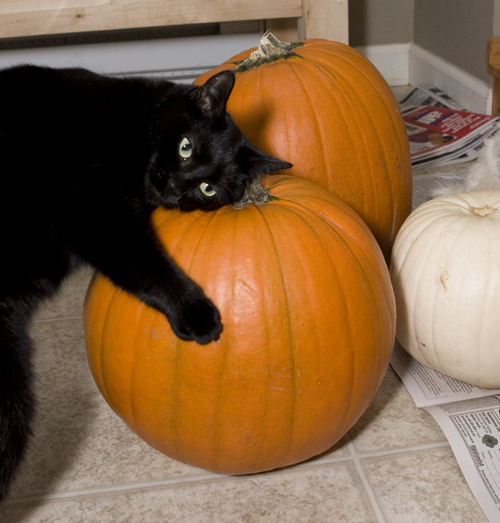 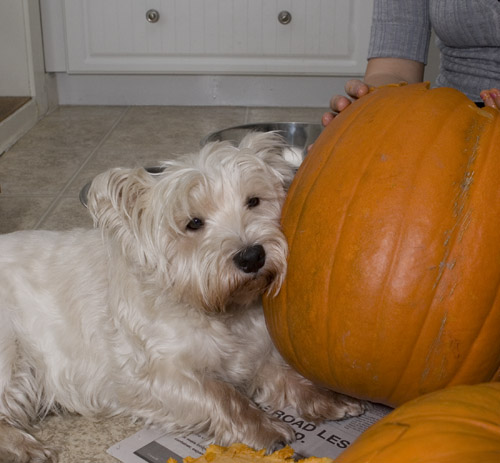 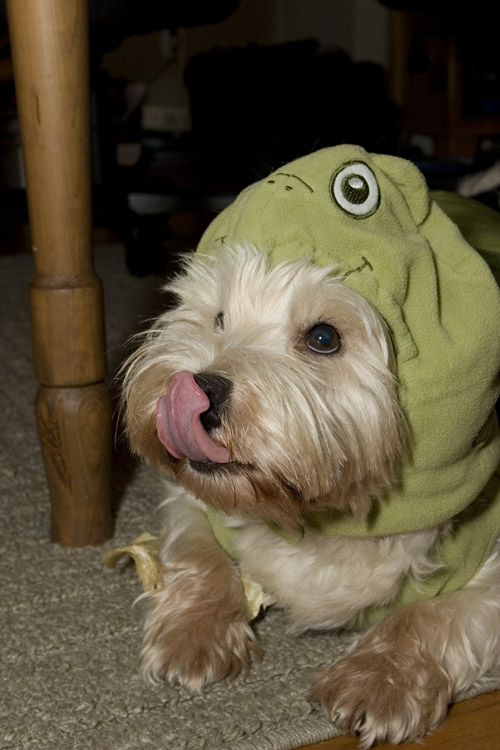 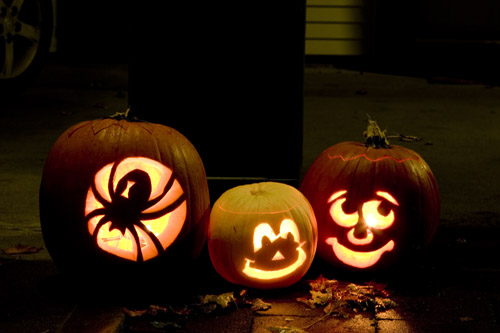 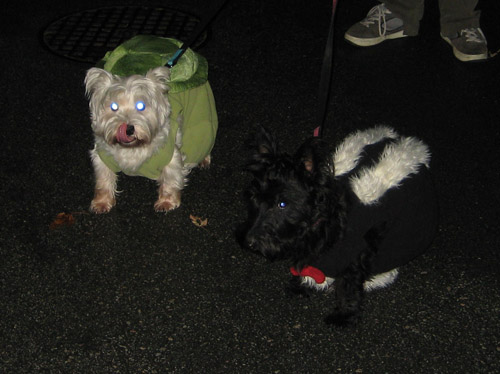 I haven’t dressed up for Halloween in years, in fact I’m pretty sure the last time was when I was 15 – my mum made me a french maid costume. It’s funny cause this picture was taken 14 years ago and I haven’t really changed that much.