Another semester over already. Although this one ended with relief from most of us that we made it through another semester, but sadly, for a few of my classmates, it ended altogether. Just another reminder of how quick it can all end, how important it is to keep our grades up, and once again the biggest reminder of all: how lucky I am to still be here.

It still amazes me how busy life is here, how little time I have to do anything that doesn’t involve animals, zoo stuff or studying. But I love it and I’m happier here than I ever have been.

So…..since I haven’t blogged for almost 3 months (gasp!) there should be lots to say, but I’ll try to just talk about the more interesting stuff. (not that everyday isn’t interesting around here: it’s ALWAYS interesting working with animals on a daily basis, you never know what is going to happen!….like the porcupine getting loose the other day….. um yeah…)

I’ll start with way back to March. For a school project, we had to make a trip to LA Zoo to meet with a zookeeper and learn about a certain animal. My group was assigned to the Hippo, which was totally awesome!! We met with the hippo keeper and learned a ton of stuff, and we even got to get up close and touch the hippo which none of us expected! Totally amazing!!! We also got to touch the Rhino as well as she was in the next exhibit and had the same keeper. It was a fabulous day! For one of our classes this summer semester, we actually get to go do “zoo days” at the LA Zoo and Santa Barbara Zoo. We spend an entire day working with a zookeeper in a certain area of the zoo. My first zoo day at LA Zoo is actually tomorrow and I’ll be in the nursery. I’m really looking forward to it! 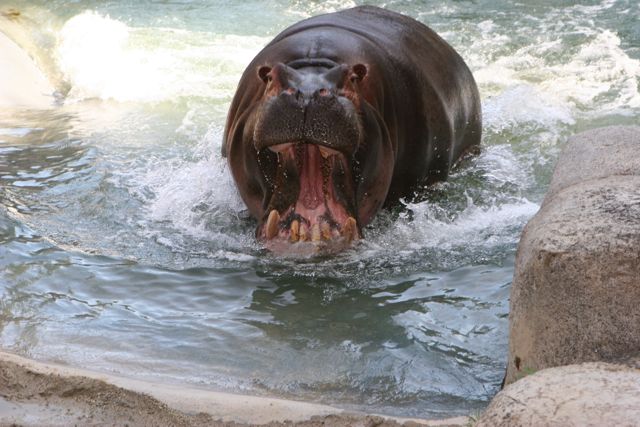 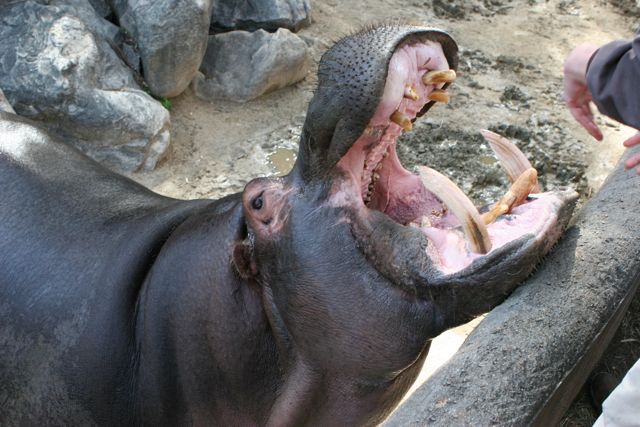 Also in March, I adopted 2 adult guinea pig females. One was pregnant already and she had her 3 beautiful babies in April. The dogs love them so much and they’re so good with them. The baby piggies adore the dogs and will actually run to them, it’s quite cute. 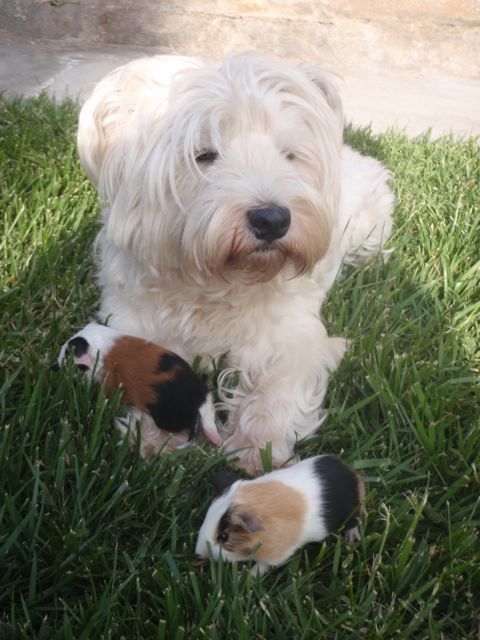 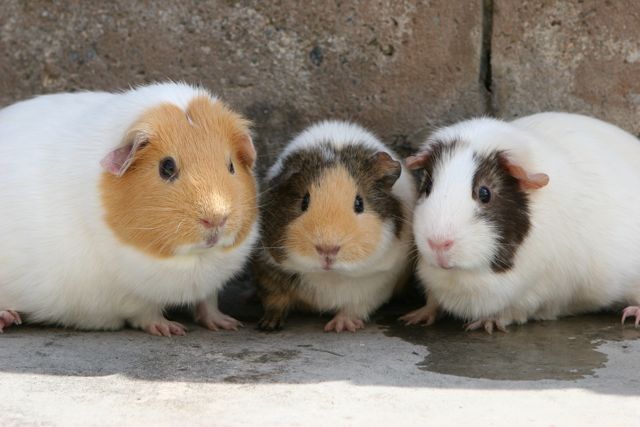 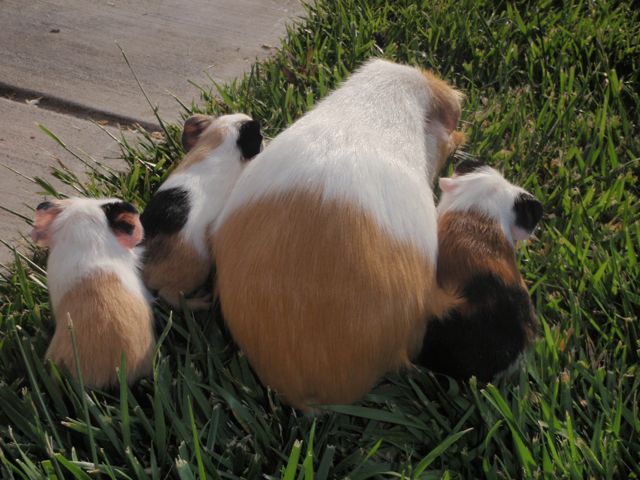 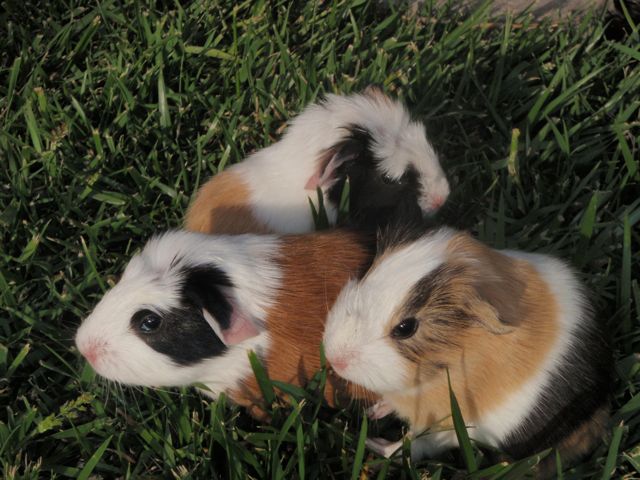 Wow, March was a busy month now that I think back to it. That was also the month where we started our turnover process at the zoo on the animals we got assigned to. Turnovers is the process of the animals current trainers, basically training us on how to look after the animals, how to train them, feed them, and also for the animals to get to know us. We had to write papers on the animals, spend hours observing them and documenting it all, plus numerous sessions just watching the current trainers work with the animals and then finally we got to start working with the animals ourselves. It took a lot of time and we were going through mid terms at the time as well. I was thrilled to get all my first choices for animals: Laramie, the Golden Eagle; Savuti, the Hyena; Bennie, the capuchin monkey; James, the donkey; and Rupee, the Indian Crested Porcupine. 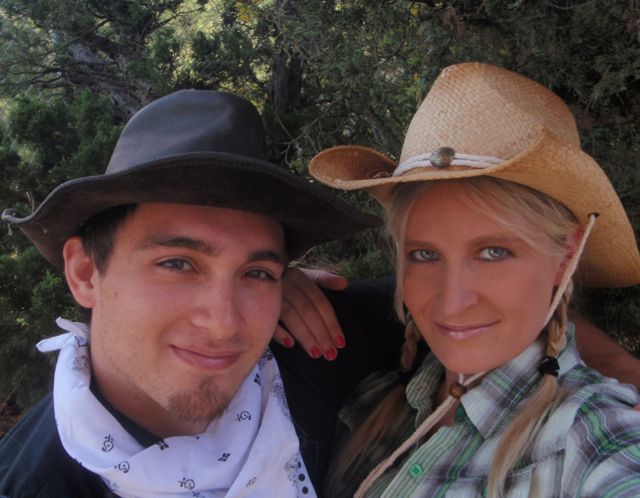 Me and Steve at the Zoo’s annual Spring Spectacular: this year’s theme was Western. It was a lot of fun!

Now it’s more than 2 months later, our second years have graduated and we are now on our own running the zoo until August when the new group of 1st years arrive and we officially become 2nd years. Excitement. : )

And now we have all settled into a routine with our animals. There is the morning rush around the Nutrition building as we all try to fight for counter space to get our animal’s diets made before we have to be in a show. The afternoons are a bit more relaxed (sometimes) and walking down the back road is an array of animals going for walks with their trainers. The baboons get walked everyday, but while they are out, no other animals are of course. Servals, the pig, birds, llamas, the emu, they are all out there on a daily basis walking around the zoo. We are now walking the donkeys around the zoo too which is very exciting to us donkey trainers. The donkeys are new to the zoo, in fact we just got them in March a little before our turnovers started. 2 of them are still very young, less than a year old and they were born in the wild. The other, James, which is the donkey I’m assigned to, is about 5 and he’s quite a bit bigger than the younger boys, but more stubborn too! None of them had had any training before they came to the zoo so it was starting with scratch with all of them. They are doing amazingly well though and are even making appearances in some of our animal shows.

My left arm is getting remarkably stronger the more I handle the eagle. It’s both terrifying and exhilarating having an eagle sitting on my arm! Not many people can say that I guess! Laramie is a beautiful bird, and while she is enormous and looks like she’d weigh a ton, she only weighs slightly over 10 pounds. BUT when you have that 10 pounds teetering back and forth on your forearm while you’re walking from one end of the zoo to the other, it gets really heavy!! Not to mention the fact that she is a dangerous animal and we have to be very careful at all times: always wear sunglasses as eagles tend to peck at eyes; always wear a double leather glove as if her talons get your bare skin, they go through to the bone, and the scariest one of all (not that the others weren’t scary enough): the eagles feet are so powerful they can easily break a person’s arm in half if they weren’t wearing the glove. She’s left bruises on my arm from gripping me so hard – and that’s through 2 layers of gloves. 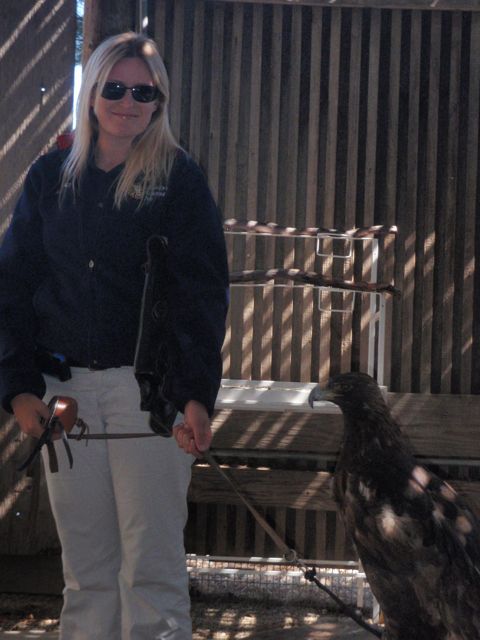 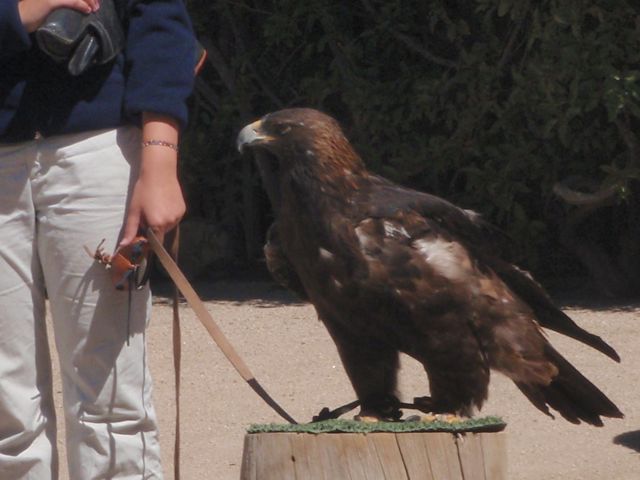 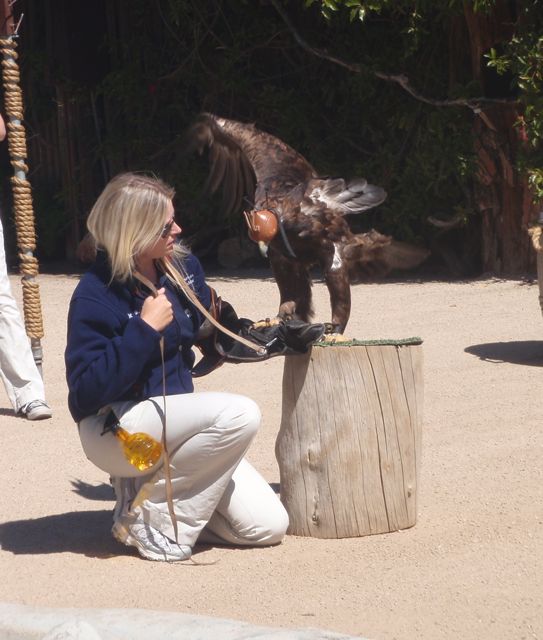 Now onto home life: Zoey and Angus are doing good. They got a haircut yesterday and look very cute, all ready for the summer now! I really haven’t done much outside of the zoo lately, and that is due mostly to not having a day off since….March? Yeah. I don’t anticipate having a day off until my one week of holidays coming up in July – when I will be returning to Canada for the first time in a whole year!! When I’m done at the zoo, I come home, eat dinner and usually fall asleep pretty quick.

One thing I can definitely say though, is that my life is not boring. How many people can say they’ve carried an eagle on their arm, scratched a hyena, walked a porcupine, groomed with a monkey and brushed and walked a donkey – all in the same day? : ) 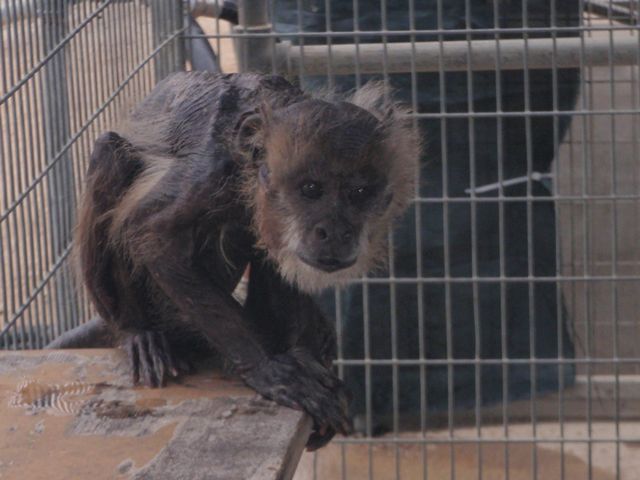 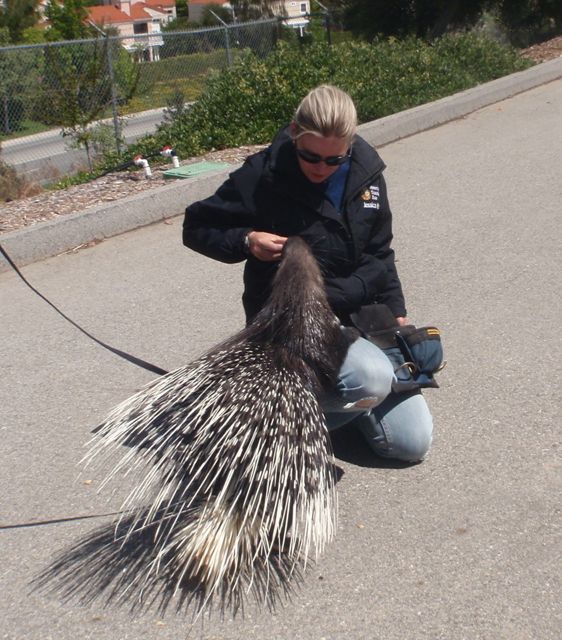 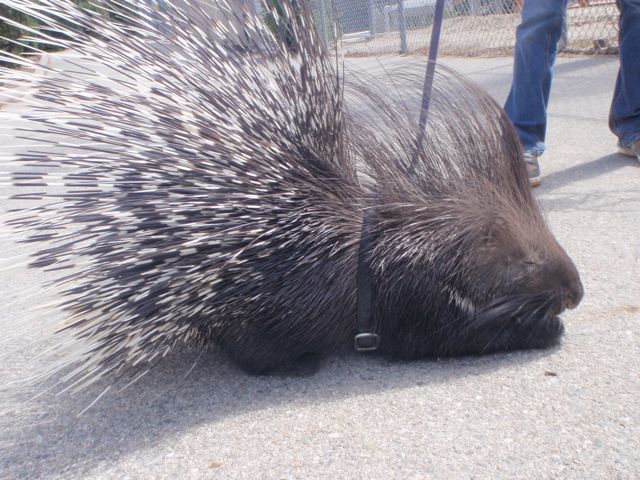