That’s how I was feeling tonight.

Yesterday morning I was up super early (after getting barely 4 hours of sleep) as Ava and I were going to Indianapolis to visit my sister and my nieces for the night. I rushed around loading the car with our stuff, and then I spent close to an hour tearing apart the entire house looking for Ava’s lovie blanket. Frustrated I finally gave up, got Ava up and we left, later than I intended too. Steve later found the little blanket on a table in the backyard. New house rule: that blanket and her trusty wubbanub pacifiers do not leave her crib. Ever. This is the 2nd time we have lost that blanket in the past week and the first time I had to search her entire room at 3am while she was screaming in her crib for it. Now I just have to remember to tell our babysitters about this.

Anyway, it took us just over 4 hours and we did stop briefly a couple times along the way. We arrived and had a nice lunch with my sister, then we left to pick up my nieces from school. They were SO happy to see Ava and I think she also really enjoyed spending time with them. She got so much love and attention from them, it made me so happy. I always wanted cousins and was so sad that we didn’t have any, so I’m thrilled that my little girl has 2 amazing cousins! I really hope they grow up to be great friends. 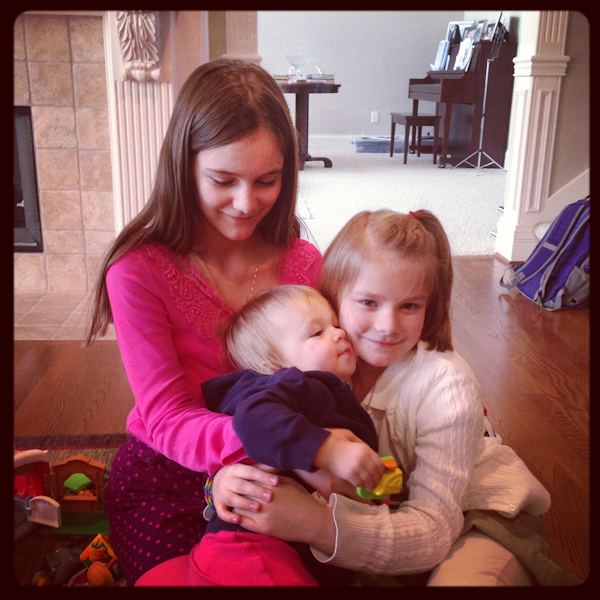 Everyone was having a great time but then bedtime rolled around and I had one extremely tired toddler who hadn’t napped all day. She was exhausted but she did not want to sleep in her pack n play. This kid is a GREAT sleeper – when at home in her own crib. Away from home, not so good. She screamed and screamed when I put her in the pack n play, so I ended up having to lie on the bed with her for half an hour until she fell asleep. I think I might have fallen asleep for a brief moment too as I was also exhausted. Then I carefully moved her into the playpen and breathed a sign of relief when she remained asleep.

She actually stayed asleep for a few hours while my sister and I stayed up late talking downstairs. When we realized it was midnight already, we went upstairs and I tiptoed into my dark room (the playpen was beside the bed), using the light on my phone so I could see my way to the bed. I heard something so I flashed the light over to the playpen and there was Ava standing up looking at me. Darn. She let out a huge wail followed by sobs. I brought her to bed with me, hoping I could get her to fall asleep again. Not a chance. For the next 3 hours, I tried and tried to get her to lay down and go back to sleep. She tossed and turned, sat up, threw her teddy bear around, and then grabbed her stuffed dog “Violet” a leapfrog talking/musical toy. After listening to Violet sing Wheels on the Bus, multiple lullabies and say “let’s play a game!!” over and over, I had had enough. Into her playpen she went and she sure hollered at me. I lay there and pretended to be asleep as I knew she was standing there looking at me from inside the playpen. The screaming stopped and then something amazing happened: she lay down and went to sleep. And so did I – for about 4 hours – then Ava was standing up screaming at me again.

This is really the first time she has kept me up most of the night. We are blessed to have a wonderful sleeper. So all you fellow parents of infants and toddlers who are up during the night with your little ones, go ahead and throw your virtual tomatoes at me. I know I am being whiney. But that explains the story of why I was feeling zombie like tonight. After 2 nights of very little sleep, it took it’s toll.

We did have a great day today though – my sister took me and Ava to the Children’s Museum of Indianapolis – wow is that ever a spectacular place! They had a brand new exhibit for infants to 5 years called Playscape and it was awesome! Ava had a blast! But we had to head back to Chicago soon after we picked my nieces up from school. They got to play with Ava briefly at home before we had to leave. I wish we lived closer so we could visit more 🙁 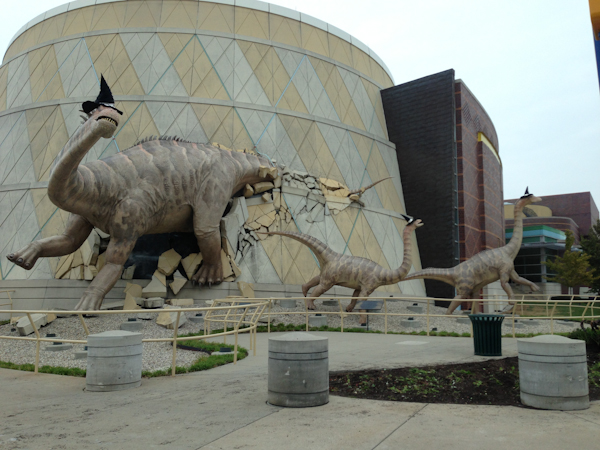 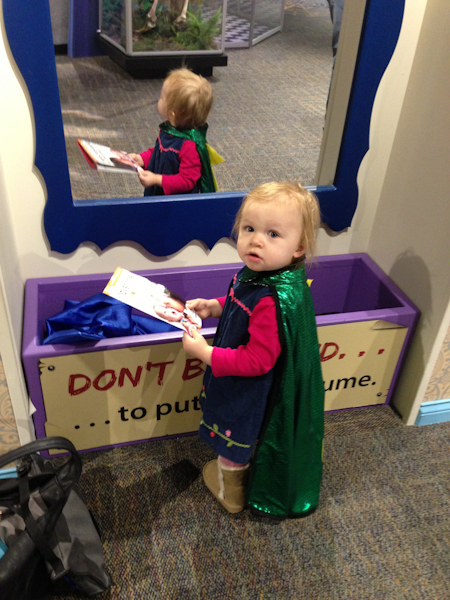 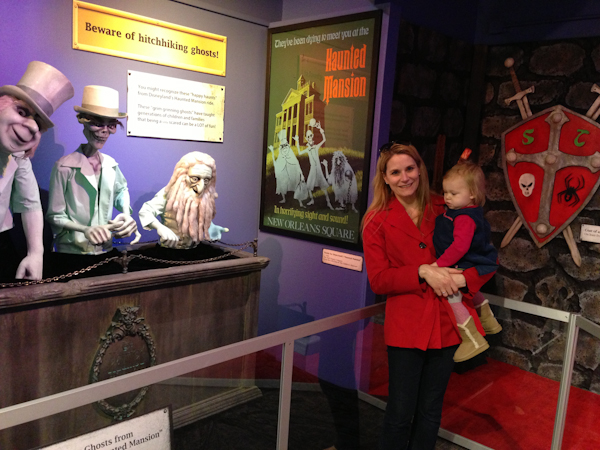 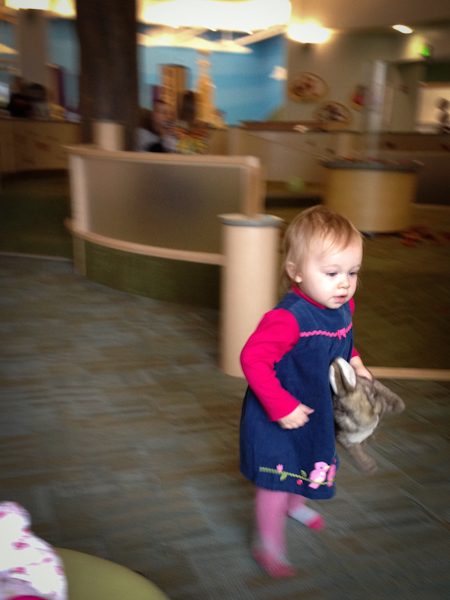 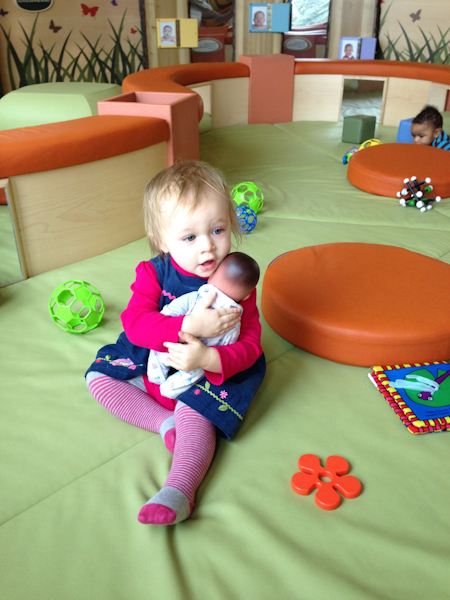 The drive home was uneventful and thankfully we did not run into any traffic, even on our way through the city. I was starting to fade quickly though after a couple hours but thanks to my trusty GPS, it took me to the nearest Starbucks drive thru – in Hobart IN (and funny enough, we just did an Animal Show here 2 nights ago! Not at Starbucks of course but at a local Fall Festival). The Starbucks little parking lot was quite full so I drove next door and parked so I could climb in the backseat to feed Ava. And there we sat having our dinner of yogurt and a mini pumpkin loaf – in the parking lot of The Tilted Kilt Pub. Mother of the year right here folks.

We are now home safe and sound, Ava is happily sleeping in her own crib with her wubbanub and she has been reunited with her lovie blanket. Steve just got home from work so we have an episode of Revenge waiting on the DVR for us. Let’s see if I will be able to make it through even 10 minutes though.